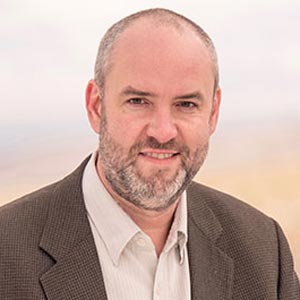 Mike has worked primarily with children and adolescents since graduating in Marriage and Family Therapy at BYU, with an emphasis on helping parents understand and effectively manage their children’s symptoms. Before joining Avalon Hills, Mike worked in various types of treatment programs (e.g., in-home treatment for youth, anger management, couples therapy) and extensively trained and supervised therapists.

Mike is a clinical member of the American Association for Marriage and Family Therapy (AAMFT) and is an AAMFT Approved Supervisor. He has taught graduate and undergraduate courses on child development, parenting, counseling theories, human sexuality, and counseling supervision. He came to Avalon because Avalon’s philosophy and practices make it a place he would trust to send one of his own daughters for treatment.

Mike is married and has three teenage daughters and an affectionate golden retriever. In his spare time he loves to read and is part of a writing group. He has a passion for dual sport motorcycles and he zealously follows the Dakar Rally each January.

Why I Love Avalon Hills

I am Mike Hinds, a therapist at the adolescent home. When I started at Avalon, an unexpected surprise was how much I didn’t hate discussing care with insurance companies. Those conversations involve talking with doctors about what care a given client needs. While such conversations officially have the purpose of collaborating for the needs of the client, they usually facilitate no such thing. Often it is simply a doctor employed by the insurance company to find any reason to move a client down to lower levels of care. They often start by focusing on one point of data (e.g., whether the client is in her appropriate weight range), explaining that they cannot authorize more treatment, and do their best to keep us from noting any factors that identify a higher level of care as legitimately being needed.

While there is very little to like about those conversations, the experience of doing them at Avalon is unique and powerful. Essentially all such conversations I’ve had over the years before I came to Avalon had been exercises in futility. As a provider, no point I made mattered to the insurance company in the least. A doctor in some corner of the country working for the insurance company would look at some snippet of information about a client and arrive at understandings of the client that were so misinformed and naive that it was more a parody of mental health than competent conceptualization. Based on such ideas they would conclude a given level of care was inappropriate and would recommend alternative interventions that would be laughable if it weren’t for the fact that vulnerable human beings were being harmed. Describing it that way sounds like an exaggeration, and it’s true that sometimes the insurance company doctor or case manager does seem to make the client’s well-being the biggest priority, but the adversarial approach I described is common. It’s as if we are attorney’s arguing for the care of the client, the insurance company is the opposing attorney, but there is no judge to decide what the best course is. The insurance companies function as both the prosecuting attorney and the judge.

Avalon is realistic in knowing that we can’t shy away from such challenges if we want to provide adequate care, and is idealistic enough to willingly face such Goliaths. Working with insurance companies is still an uphill battle, but Avalon works as a coordinated team to face that challenge and does so like no other organization I’ve ever worked with or observed. It is a total commitment to not allowing insurance companies to deny needed care to clients. While I don’t look forward to those conversations, they matter a tremendous amount and Avalon steps up to the task. Being on a team with our Utilization Review people, our clinicians and our medical team add clarity of purpose to what we do and reassures me that we are doing everything possible to help the people we are caring for. I love it.